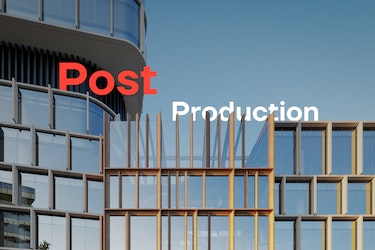 Renderings play a crucial role in the presentation of a project in this era of intense marketing, where architectural ideas increasingly seem to focus on hyper-realistic representation to persuade clients (or the jury in the case of architectural competitions) that the upcoming construction will achieve just as much quality as the visual fantasy. Because of this, new upgrades and rendering-specific software are released every year. These tools may produce such spectacular results that they may induce people to mistake their creations for pictures, fusing the fantastical with the idea of ultra-reality.

The final, though by no means least significant, step in creating an architectural render is CGI post-production. It describes a picture's general appeal, mood, and therefore its influence and marketing efficacy. A CG image genuinely begins to seem catchy and full of life during the post-production stage when relevant elements and visual effects are added. What exactly are they, and how can you use them to create stunning renders?

We provide every stage of creating CGI, including post-production, with the highest care as an architectural rendering firm. So, we are fully aware of the specifics that are crucial at this point. Are you interested in learning what post-production is and what questions to ask when ordering architectural visualisations? Read on! 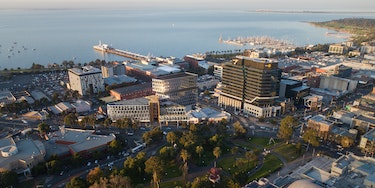 What does 3D rendering post-production entail?

In CGI post-production, an artist uses specialized software to edit a produced image. The picture is given its finishing touches throughout this step. At this point, a render may be combined with pictures, its aesthetic characteristics can be changed, and special effects can be added. The procedure is often carried out using 2D software, such as Adobe Photoshop and Lightroom.

In general, post-production aids in the plot and mood creation in CGI. It enables the creation of photorealistic and lifelike CG renderings by artists. What can one do specifically during CGI post-production, then? 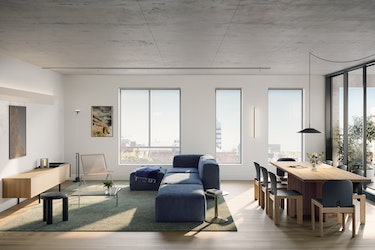 A 3D artist can employ photo matching to enhance the CG image. It is a method of fusing a 3D rendering of an upcoming structure with a real photo that serves as the background. Of course, the surroundings might also be created entirely in 3D. But frequently it makes more sense to utilize an actual image of the location. By doing so, the cost of rendering is greatly reduced, and the image that results appears wonderfully lifelike.

It is also possible to include auxiliary items that were cropped out of the photographs in post-production. Photoshop may be used to smoothly add people, animals, plants, or automobiles to a produced image. In this manner, an artist may render a 3D scene faster by avoiding the need to employ an excessive amount of information. A CGI specialist may also add weather effects to render, such as fog, rain, snow, mist, rainbows, and so on.

Making CGI appear more realistic than a computer picture may be done by intentionally including minor flaws like folds, wrinkles, fractures, and even dust or dirt. With these particulars, a render will never seem cold and manufactured. Finally, during the post-production step, a brand's logo or text can also be applied to the CG image. 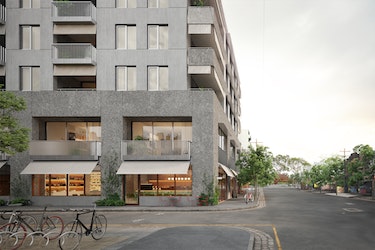 Improving the visual properties of CGI

Denoising to enhance the visual qualities of CGI. It might be a more or less significant step, depending on the original quality of 3D models. However, if you add any other effects, the noise will be more obvious. Denoising is therefore frequently required in CGI post-production.

Modifying visual elements like colours. You may alter the image's overall brightness, contrast, saturation, colour balance, and exposure as well as certain areas of it. Such adjustments are particularly crucial if a render and a picture were mixed in some way. CGI visual features allow 3D models and picture fragments to be combined into something that looks realistic and not like a disjointed collage.

Improving shadows and lighting. Despite advances in 3D visualisation tools, it may be challenging to accurately replicate real-world illumination in 3D. In CGI, accurate caustics, subsurface scattering, or iridescence can be manually adjusted in post-production. Tone mapping ensures that tonal values are distributed correctly. Tone mapping, when done properly, ensures that the 3D picture corresponds to reality. For instance, it may make sure that artificial light sources don't shine as brightly as the sun. The goal of colour grading, on the other hand, is to create a certain feel and look by changing the colours and saturation. 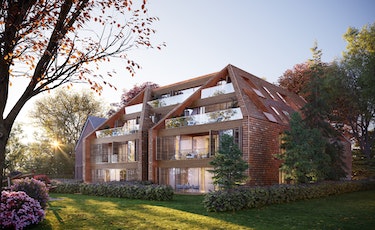 The CG picture is finally given a few tiny finishing touches to make it seem completely photoreal.

• Including noise or grain in a 3D render can help it resemble genuine camera pictures.

• Vignetting achieves the same result by darkening or opacifying the image's edges.

• Glowing, glaring, and blooming. The latter aids in making a thing shine, as its name indicates. Glare, on the other hand, is the result of a strong light that obscures a portion of the scene. Glare is a phenomenon that occurs when light is focused on a reflecting surface inside a scene. Additionally, bloom causes "feathers" of light to appear around the margins of an image's bright parts.

• To make some items in a scene appear to be moving, motion blur is used. It has a significant visual impact when a building model is compared to a moving object in architectural 3D representation. This gives a render the appearance of a long exposure camera photo.

• The backdrop is blurred thanks to the depth of field effect, which highlights the contrast with the foreground. It specifies which elements of a picture are in sharp focus.

• Finally, in post-production, the artist may apply filters and presets to give the image a unique ambiance. Lens distortions, lens flares, bokeh, and chromatic effects all mimic the artifacts of a genuine camera.

The stage of CGI post-production is where a rendering ultimately comes together. An artist makes sure that CGI replicates the appearance of a real shot taken with a professional camera, from adding a backdrop to replicating the camera effects. Any architect or designer working with a skilled 3D artist will notice the difference. Post-production may significantly increase the quality and atmosphere of CGI.